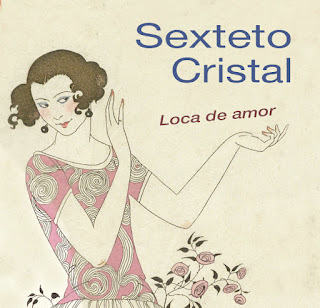 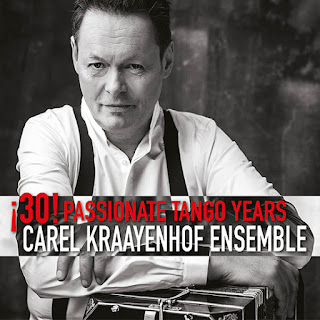 For 30 years, the Dutch bandoneonist and composer Carel Kraayenhof (*1958) has been on the road with his musicians all over the world. - Wow. He sees himself as the "heritage of musical richness" of Astor Piazzolla and Osvaldo Pugliese, with whom he has already collaborated.
Now Kraayenhof has recorded 20 tracks, four written by Astor Piazzolla, one song each by Oscaldo Pugliese, Pedro Laurenz and Nestor Marconi; 10 are new compositions by Kraayenhof himself, one by his pianist Juan Pablo Dobal, one by the Korean bandoneonist Sangji Koh (to which he in turn dedicates one of his pieces) and one by Gordon Sumner, better known as Sting ("Field of Gold"). The sound spectrum ranges from solo bandoneon to rich ensemble with piano, bandoneon, three strings and double bass. You don't have to lose many words about the musical quality and curiosity of the protagonist and his ensemble, as they are outstanding.
For this album, too, the ensemble succeeds in presenting the compositions with dynamic richness, melodic sensitivity and rhythmic finesse and drawing the listener into the diverse ‘sound paintings’. The compositions are airily arranged (mostly by him) and convince with clear transparency. Rhythmically, the Milonga-Candombe "Torre de luz" and the Vals criollo "Valsecito jugeton" stand out. Waltz and Milonga can be easily trivialized melodically and rhythmically – however, Kraayenhof avoids this with a light hand. His zamba "If only you where here" is really beautifully and calls for more. Also Piazzolla's "Chiquilén de Bachin" is interpreted so heartbreakingly that one wants to buy all the roses at once for the street child.
With this 63 minutes album, both the dancers and the listeners-only fraction will get their money's worth. We look forward to another 30 years with tango at a musically high level and emotional depth.