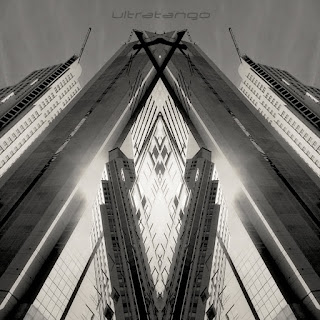 Once upon a time, Ultratango started as an electronic music quintet from Buenos Aires which added tango flavors to their music, and had Sami Abadi with his violin and Julio Perez with his bandoneon on their side. Their danceable electronica versions of Astor Piazzolla´s songs and also their “Kryptonite” were quite exciting. Now, several years later, they are a trio (Leonardo Satragno – synthesizers, programming, bass; Gastón Satragno – synthesizers, programming, piano; Braulio D'Aguirre – drums), and had to decide which direction to take. Their new songs still range somewhere between trip hop, house, ambient, and pop, with a clear dominance of electronica sounds but without the sound of the “tango trademark” instrument, the bandoneon. Gastón Satragno said they intended to raise the stakes with this new record. Indeed, Ultratango might find a new audience beyond the traditional tango dancers with their specific expectations.
The 13 tracks of their new album (all composed by the Satragno brothers, one with Braulio D'Aguirre) are predominantly slow dance music for the clubs, and they create a relaxing atmosphere and a fine flow. To get an impression what the listener may expect, start with the attractive tracks “Avant Garde”, “Calida” and “Hiphope”, or the samba-milonga “Amorio (trio remix)”. Modern beats, simple piano pattern, and repetitive synthesizer licks, some special sound to discover here and there. These tracks don´t rely on a usual melodic development, they are definitely groove oriented.
Are Ultratango´s songs typical tango? No, but several are suited to be played in alternative milongas, and you may dance to them in a tango style. - Be open to be surprised. 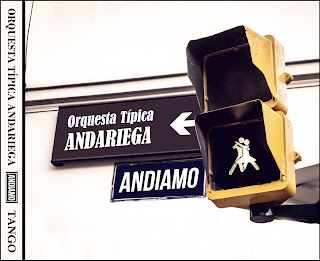 For their first album “Pertenencia,” the Orquesta Típica Andariega erred on the side of caution, relying on the attraction of classical tangos. Now for their new album “Andiamo,” all 12 songs were written and arranged by Luigi Coviello (double-bass player and musical director); and yes, they can stand their ground.


This Buenos Aires ensemble emphasizes playing music in the classical tradition rather than featuring weird music, which pleases the dancers instead of the nerds. Consequently, the ensemble’s format follows a traditional tango orchestra arrangement with 3 bandoneons, 3 violins, piano, and double bass. They are joined by tenor Fabián Villalón. As one may expect, songs and arrangements focus on a good pulse with syncopated accents, a fine melodic (counterpoint) development, and a pleasant atmosphere which invites the dancers. In line with this nostalgic approach, attentive listeners may recognize the beautiful stylistic device to start and end the album — the ‘crackling sound’ of old vinyl records.


On this record, we hear beautiful, elegiac melodies of the violins and bandoneons contrasting with accentuated grooves of the rhythm section. Listen to vibrant tracks such as “Andiamo.” A very syncopated melody starts in the ensemble. The solo violin picks it up, passes it to the bandoneon, then to the piano, and finally back to the orchestra — all with underlying heavy ‘offs beat’ (bass) accents played with the left hand of the pianist. Or listen to “Retumbo,” a track with a stirring arrangement, full of tension and dynamic power. One of my highlights is the milonga “Balliamo” with its effervescent (“samba”) groove, and a catchy chorus melody played by the bandoneons — difficult not to join in the groove.


Andiamo! Join their show — don’t be so silly as to miss them (as I did during their tour in Europe)! 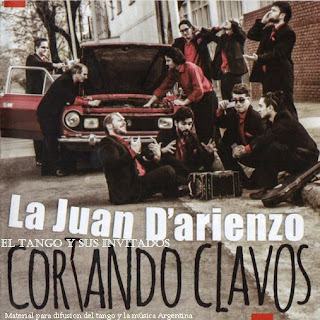 The 2014 album of this young orchestra is a deep bow in respect for Juan D'Arienzo´s dynamic, rhythmically accentuated style. The dancers will definitely take pleasure in these fresh and inspiring recordings.
You may find my review of this appealing album in one of the next issues of the German language quarterly Tangodanza.
Eingestellt von Arndt Büssing um 03:12 Keine Kommentare: 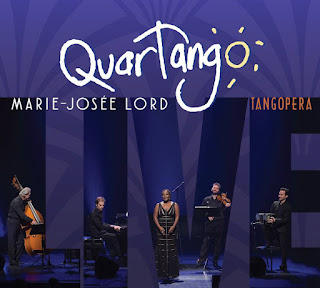 In the booklet, mastering engineer Bernard Slobodian wrote about this recording that initially he had the intention “to test out a new piece of recording equipment by using the performances of these excellent musicians as testing samples. I didn´t even tell Quartango that I was recording them…” Now these unexpected live recordings were published as a programmatic 14-track album, entitled “Tangopera”.


QuarTango are classically trained musicians with a passion for tango; after 30 years and death of their pianist-composer-arranger Richard Hunt in 2011, now with a new line-up, comprising Stéphane Aubin (piano), Antoine Bareil (violin), René Gosselin (double bass), and Jonathan Goldman (bandoneon). For this showcase they were accompanied by the Canadian opera singer Marie-Josée Lord; Tango meets Opera.


What about songs such as Oblivion, will these recordings add something new? Richard Hunt´s arrangement is more transparent than several others, and Marie-Josée Lord sings this beautiful song really elegant, creating a floating atmosphere which keeps the listener on her site. Of course a trained opera soprano is singing unlike a passionate vocalist from the cafés in the suburbs; this has its special charm. Also the nearly-played-to-death song “La Cumpasita” benefits from its new arrangement and the quartet´s passionate interpretation.


Are the songs danceable? – Let´s argue: Are you dancing to chamber music or during an opera performance? Forget your expectations and enjoy an evening with some exciting interpretations performed by accomplished musicians.