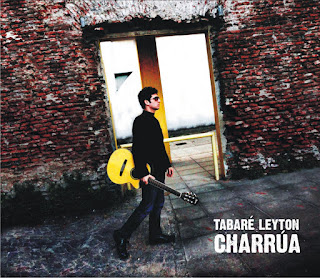 TabaréLeyton´s 15-track album “Charrúa” is a good blend of different music styles and atmospheres. Several songs have a nylon string guitar as the dominant instrument, others were interpreted with a classical rock ensemble. Some piano licks here and there, a violin and the bandoneon – and always the warm and characteristic voice of this outstanding singer from Montevideo, living in Paris (France).


Max Masri, producer-composer of the electrotango ensemble Tanghetto noticed the singer and produced his second album, too. Masri´s beautiful hymn “Montevideo” is definitely one of my favorite tracks (listen also to the elegant but much too short bandoneon solo, and you know what I mean).


Leyton attracts our attention also as good songwriter; five songs were written by him, one further with Max Masri. Leyton´s relaxed vals “Nada para ofrecer” has definitely something to offer.


The styles on this album range from rocking pop songs to classical folk oriented songs, and in-between the dancefloor suited “No va más” (performed with percussionist-composer-singer Ruben Rada from Montevideo and Tanghetto from Buenos Aires) and the classical tango “Arrabal Amargo” written by Carlos Gardel and Alfredo Le Pera. The rocking “Charrúa” was performed with the rock singer-guitar player Emiliano Brancciari and Masri´s Tangocrisis. A further, different facet is “Como siempre” which surprises with a great salsa feeling.


I can definitely recommend this album with its versatile facets of good music, and Tabaré Leyton as an outstanding and very relaxed singer (with dark sunglasses, of course).
Eingestellt von Arndt Büssing um 13:43 Keine Kommentare: 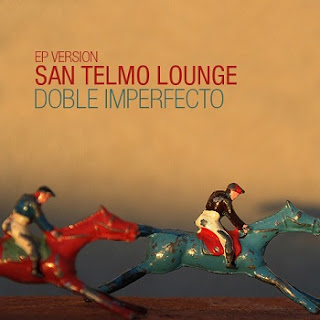 Meanwhile the ensemble San Telmo Lounge from Buenos Aires has established its brand sound clearly identifiable by the tango fans. Their mastermind Martin Delgado (guitar, arranger and musical director) announces their 6th album Doble Imperfecto. To please their waiting fans, the group has decided to publish a 4-track preview EP with exclusive material. Because half of the 20 new songs will be with vocals, consequently the EP has two vocal tracks (i.e., the beautiful melodic “Karma Paris”, and the swinging “Indiferencia”) and two instrumentals (i.e., the bright “New York Freedom” with its haunting solo parts, and the accentuated milonga “Igor”).
The ensemble remains true to their principles to combine tango with jazz and (mild) rock elements, and thus to create a wonderful mélange which is attractive for dancers and also for the listeners-only. Kudos to Martin Delgado (guitar), Lucas Polichiso (piano), Maximiliano Natlutti (violin), Ariel Aguilar (bandoneón), Tutu Rufus (bass), Sebastián Mamet (drums) and Laura Cardini (vocals). What we will hear on this EP is definitely a very attractive promise that their new album is worth waiting for.